Last week, Andrew Cuomo, the governor of New York, made a rather interesting theological observation. Commenting on the progress that his state has made in fighting the coronavirus, and praising the concrete efforts of medical personnel and ordinary citizens, he said, “The number is down because we brought the number down. God did not do that. Faith did not do that.”

The condition for the possibility of the governor’s declaration is the assumption that God is one competitive cause among many, one actor jostling for position and time upon the stage with a coterie of other actors. On this reading, God does certain things—usually of a rather spectacular nature—and creaturely causes do other things, usually more mundane.

[E]verything is, at once, natural and supernatural—precisely because God’s causality is operating noncompetitively, on a qualitatively different level than creaturely causality. If you want a one-liner summary of this distinctively biblical perspective, you could not do better than this, from the prophet Isaiah: “O Lord, it is you who have accomplished all that we have done” (Isa. 26:12).

God is not the supreme being (ens summum in his Latin), but rather ipsum esse subsistens, which means “the sheer act of to be itself.” (St Thomas Aquinas) … Therefore, God does not compete for space, so to speak, on the same ontological grid as creatures; a zero-sum game does not obtain in regard to God’s activity and creaturely activity—the more we ascribe to one, the less we have to ascribe to the other.

Allow me to ground this rather abstract rhetoric with a very homely example. If one were to ask what is necessary to make a bicycle, the response would be something like this: “tires, brake pads, a chain, a metal frame, the skill of the builder, perhaps a schematic to guide the building process, etc.”  No one would ever be tempted to respond as follows: “tires, brake pads, a chain, God, a metal frame, the skill of the builder, etc.” And yet, a smart religious person, upon finishing the project of constructing that bike, would quite legitimately say, “Thank God!” The prayer would be a humble acknowledgement, not that God in a fussily invasive way interfered with the building process, but that God is responsible for the entire nexus of causes and behaviors that made up the process. The upshot is that the two dimensions of causality—one finite and the other transcendent—operate simultaneously and noncompetitively: “You have accomplished all that we have done.”

All of which brings me back to Governor Cuomo. To claim that “God did not do that” because we did it is simply a category mistake. What brought the coronavirus numbers down?  It is perfectly accurate to say, “The skill of doctors and nurses, the availability of hospital beds, the willingness of so many to shelter in place, etc.” But it is also perfectly valid to say that God brought those numbers down…

[Consider] the psychological motivation of those dedicated physicians and nurses. Why ultimately were they willing to do what they did? I would be willing to bet a large percentage of them would say that it was a desire to serve others and to be pleasing to God.
Posted by Fr John W Fenton at Tuesday, April 21, 2020 No comments: 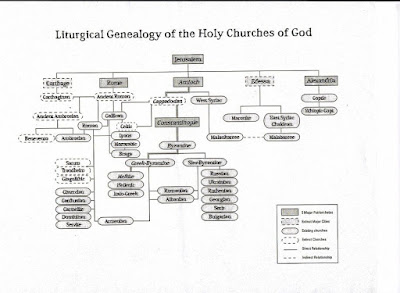